The End of the Streetcar Era in Tampa

This article probably appeared in the August 3rd, 1946 Tampa Tribune, judging by the caption. 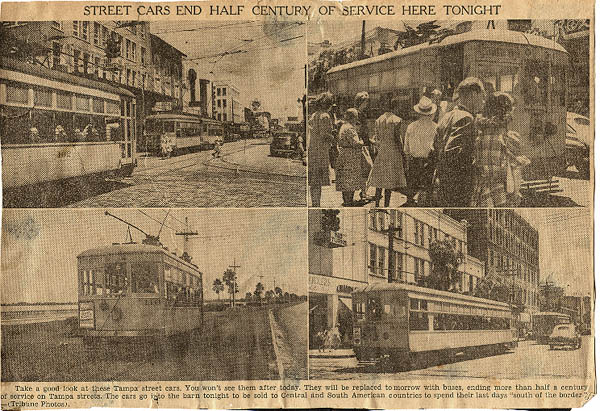 Back to Ybor City page 2