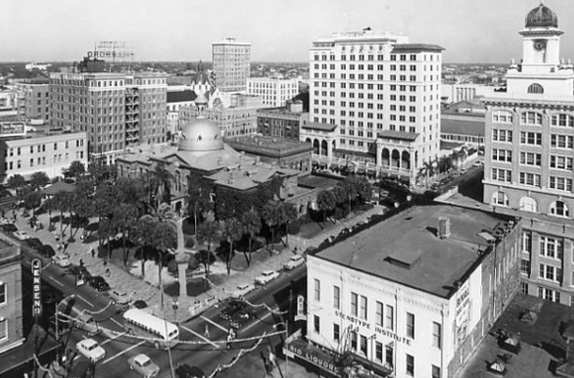 Hillsborough County Courthouse on Dec. 22, 1952
Corner of Franklin Street and Lafayette
Place your cursor on the photo to see demolition in progress, April 1953 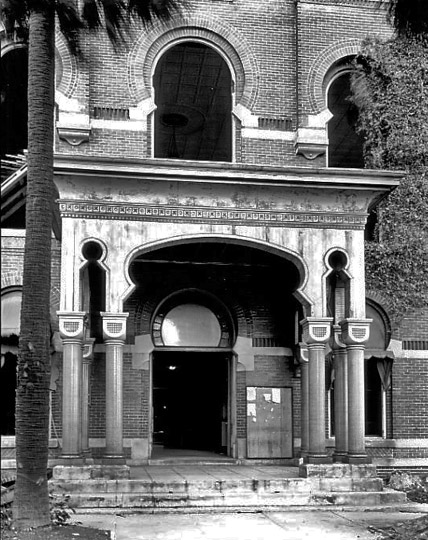 Courthouse entrance in 1953 just before demolition
When the old Hillsborough County Courthouse on Franklin Street was demolished, Judge Leo Stalnaker (1897-1986) obtained several large stained glass windows and ornate Moorish style trimming from the main courtroom. These unique items were incorporated into a den at his home. Leo’s interest in stained glass was evidently passed down to son, Leo, Jr. After the latter’s retirement, he became skilled in the delicate artistry, and nine of his creations are on display in a church on Merritt Island, Florida. 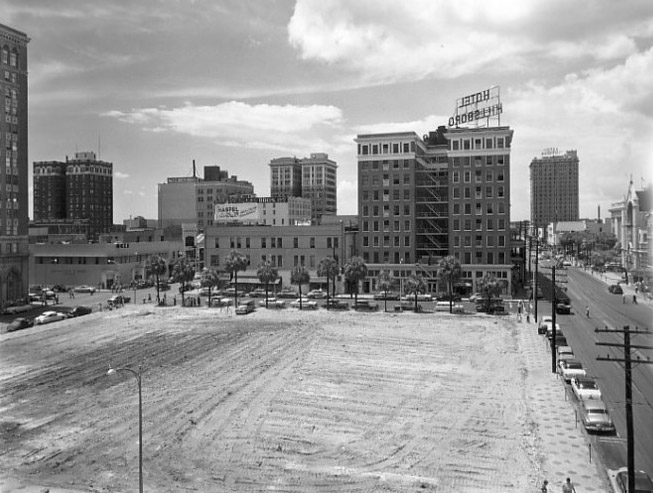 1953 - A view from the former courthouse site of the Elks Lodge building and Tampa Terrace Hotel
with cars parked on Florida Avenue.